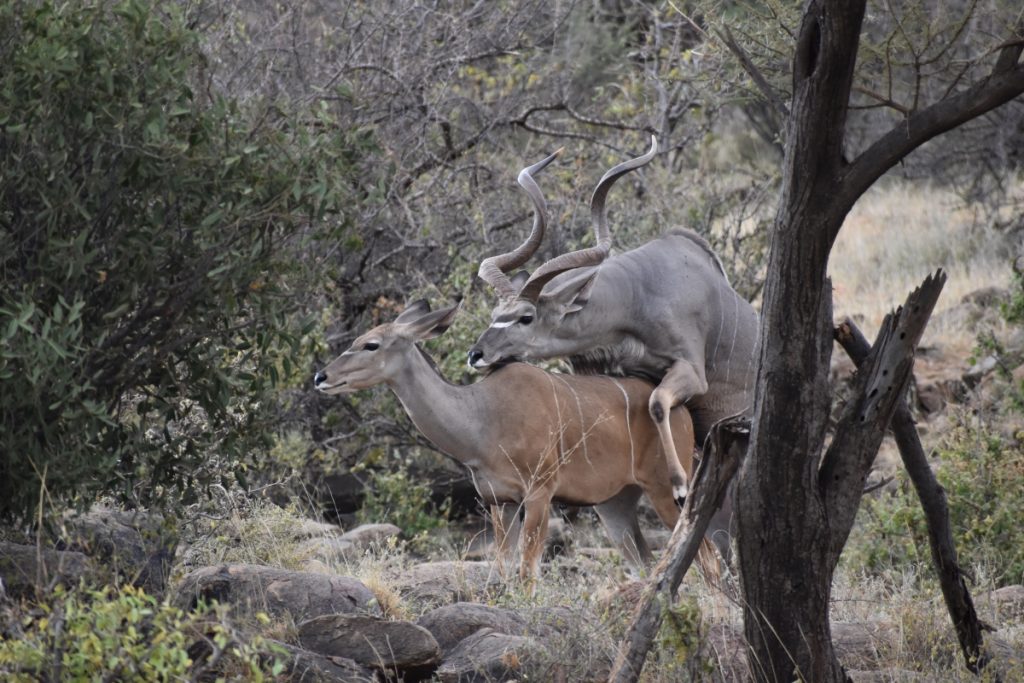 8.30 a.m. Pick up from Airport/Hotel/residence and transfer to the office to depart for the Masai Mara Game Reserve, via the view-point of the Great Rift Valley and Narok town for lunch. On arrival proceed for a game drive, tracking various animal species and birds with your driver/guide. Dinner and overnight at the Miti Mingi Eco camp/Similar.

After breakfast proceeds on a full day of game viewing within the reserve. The landscape here is scenic savannah grassland on undulating rolling hills scenery. The reserve is the best park for game in Kenya as it has an extensive road track network which allows for close range viewing and photography. Break for your picnic lunch beside a hippo pool, looking out for hippos and crocodile. Dinner and overnight at the Miti Mingi Eco Camp/Similar.

A full day of game drives in this park will showcase the large numbers of wildlife easily found bathing in the swamps found here. Amboseli National park gives a beautiful safari experience and breath-taking scenery as you watch the elephants and buffalos roam at the base of Mt Kilimanjaro. Apart from the elephants; you will also encounter cheetahs, Zebras, hyenas and many others. You will have your picnic lunch in a shade in the park and then continue with the afternoon game-viewing. When the clouds clear off in the evening, you can see the snow-capped peaks of Mount Kilimanjaro. Later you will head back to the camp for dinner and overnight.

Early morning game viewing and then return to the camp for a hot breakfast. Later we will drive to the Namanga border, where your shuttle will meet you for your transfer to Arusha. Upon arrival, you will be dropped off at your Arusha Hotel, booked on bed and breakfast.

Depart Arusha for Tarangire National Park with lunch en-route. We will have an afternoon game viewing in the park upon arrival. Tarangire National Park is home to a large population of elephants. The Tarangire River is a magnet for the wildlife leaving here, such as the lions, cheetahs, buffalos, impalas, the greater and lesser kudu, Thompson’s gazelles, giraffes, elands. On occasions, the endangered fringe-eared Oryx and the shy starlings can be seen. These animals also gather at the swampy areas found in this park. Tarangire National Park is also home to over 500 species of birds. Dinner and overnight shall be at your camp- Tarangire Campsite or Similar.

After our breakfast, we head to Serengeti via the Ol Duvai Gorge Museum, where the early man appeared, a million years ago (You can make an optional visit at the museum at an extra cost of 40$ per person). Upon arrival, we will head to the Serengeti National Park, which is widely known for the greatest wildlife spectacle, the great migration of wildebeest. The Plains are also home to a resident population of elephants, cheetahs, lions, giraffes and birds. Dinner and overnight shall be at the temporarily fixed tents in Seronera Campsite/Similar.

Our day starts early morning with breakfast and leave for the park with picnic lunches. A full day in the Serengeti is an adventurous safari experience and does not disappoint. Perhaps the most famous fascination with Serengeti is the wildebeest migration, which flows from the south to the Nothern side of the park in the months of April to June. Throughout the year, other residents of this park roam freely here, the likes of lions, leopard, buffalos, giraffes, zebras, wildebeest, warthogs, serval cats and more wildlife. Dinner and overnight will be at basic tents-Seronera Campsite or similar.

After breakfast, you will have your final game drive in Serengeti National Park, known for the great wildebeest migration and many animals. Later depart to Ngorongoro Crater with your lunch en-route arriving in the afternoon. Dinner and overnight at basic tents.

After breakfast, leave with packed lunch and descend 600m into the Ngorongoro Crater for a 6 hours game drive. Ngorongoro Crater has a stunning landscape consisting of the vast expanses of woodlands, savannah forests and highlands. This combined with a high concentration of wildlife, ranging from the endangered rhino species, the big cats, which include the lions, the elusive leopard, cheetahs etc. and others like zebras, buffalos, elands, warthogs, hippos and the giant African elephants, makes it one of the most beautiful natural wonders in the world. Later drive back to Lake Manyara National Park, dinner and overnight at our campsite- Panorama Campsite or Similar.

Early breakfast and then head to the Lake Manyara a game drive in this stunning park, rich in wildlife and diverse landscape. Lake Manyara is a gem worth a stop while on safari in the Tanzania northern circuit. The groundwater forest fed by the water springs supports a rich ecosystem for wildlife such as the pink flamingoes concentrated on the lake shores, giant African elephant herds, troops of baboons, giraffes, hippos, and birds like the Ruppel’s Griffon, Peregrin Falcon, Augur Buzzard and the Verreaux’s Eagle. Lake Manyara National Park is also widely known for its tree-climbing lions and the hot water springs found here. This park offers a comprehensive safari experience in Tanzania. Later we drive back to Arusha, with a drop off at your hotel, booked on Bed and breakfast. Dinner on Own.

After breakfast at Arusha Center Inn Hotel, our partner will be ready to take you to shuttle bus for Nairobi where you will be received and transferred to the airport or your Nairobi hotel. Thank you for choosing us for your African safari.